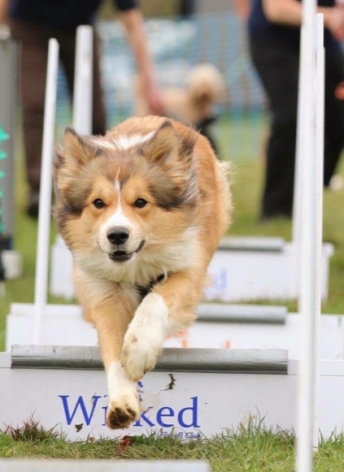 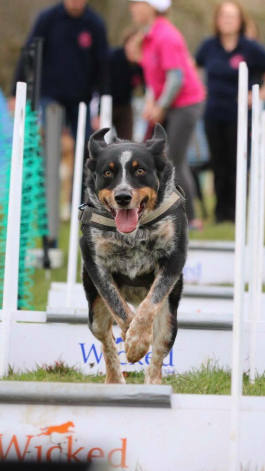 Ruff Diamonds had their very first tournament at Basingstoke last weekend, hosted by Wicked Flyball Club.  It was a dawn start for all of us, compensated by a great breakfast on-site at the Farm Cafe.  Even the new gazebo proved to be easy to erect, thanks to Denise (Kaa) and Paul.

Racing started promptly at 8.30am, fortunately we were not on until 10am which gave our newbies time to watch, learn and plan their strategy for success.  There were two teams competing – the Starter team Ruff Cuts, lead by Sara and the Intermediate team led by David.

Our starter team in particular was really impressive, with the newbies having only had 4 lessons in Flyball.  Our intermediate team showed great consistency with some very fast times. Thanks must go to our talented trainers Leila and Sara who managed to get the very best out of dog and owner on the day.

With such a promising start we are looking forward to our next tournament at Biggleswade in May.