Ringing up the rosettes at Ringmer in the rain..

Despite a terrible start, which involved pitching tents and the gazebo in the driving rain, the Ruff Diamonds members had an enjoyable evening camping out at The Raystede Animal Centre at Ringmer. As we retired to our rather damp accommodation, Harriet and Sara went back to Harriet’s for a good night’s sleep, but returned the next morning with our dried clothes and shoes, ready for a day’s racing. The almost full complement of Ruff Diamonds’ members arrived to race in two teams: Ruff Runners and Ruff Lee. It was wonderful to have Harriet and Daisy racing with us again and it was a first outing this year for Flynn and Woody. There was much laughter and fierce competition when the two teams were racing one another! 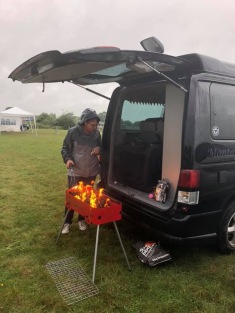 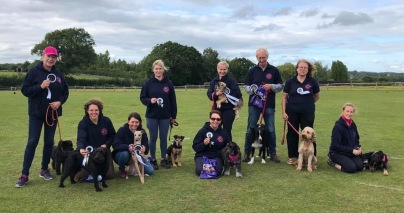 The intermittent weather meant a long day with a couple of halts in racing, but despite the wind and showers, we managed to pull off First and Second Place! Well done all.